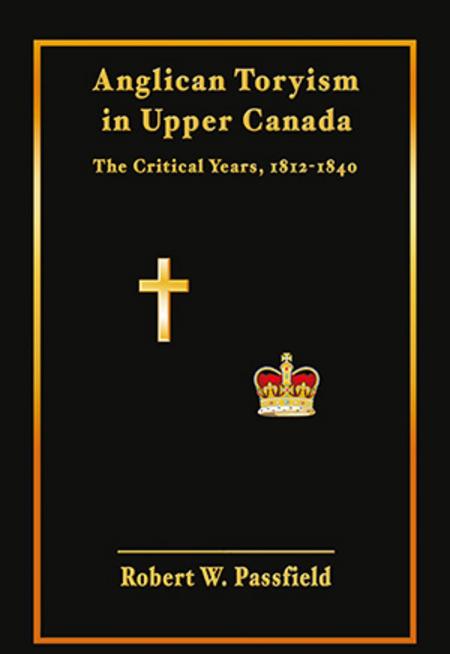 ABOUT THE AUTHOR
Robert W. Passfield is a history graduate of the University of Western Ontario (Honours History, 1968) and of McMaster University (M.A., 1969), where he pursued Ph.D. studies in Canadian history and three minor fields: political philosophy, modern European history, and diplomatic history. In graduate school he undertook to prepare a dissertation on 'The Upper Canadian Tory Mind', which was to focus on the Anglican Tories of the Province of Upper Canada (Ontario) in the post-­War of 1812 period. After a forty-year hiatus, that abortive thesis text was incorporated into the book of the same title. The present volume is a companion to that book.

Passfield is an advocate of a cultural values approach to the writing of history, which involves much more than a recording of 'what happened'. To truly understand an historical period, the historian must enter the mind of the protagonists to comprehend their respective principles, values and beliefs within the context of their existing condition and circumstance. In effect, 'ideas influence actions' and, as argued in this study, it was the values, beliefs and principles of the Upper Canadian Anglican Tories -- their mind -- ­that guided and governed their efforts to build a traditional Christian conservative nation in North America.

In Upper Canada it was the Anglican Tories alone who articulated a national vision for the province and who struggled to defend a traditional Church-State 'nation' in North America independent of the new United States. Had the Tories not acted on their beliefs, Upper Canada might well have succumbed to either conquest or absorption by the American republic, or have become thoroughly Americanized.

In disparaging and denigrating the principles, beliefs and values of the Upper Canadian Anglican Tories, and in ignoring their achievements -- while focussing on the supposedly progressive Reform Party and the purportedly liberal values of its component 'outgroups' -- historians have produced a national history that is truly 'hollow at the core'. This present study rejects the liberal-Whig (liberal-progressive) interpretation of the political history of Upper Canada in favour of an interactive, intellectual-history approach that focusses on the interplay of ideas, conflicting ideologies and the influence of ideas on historical events.

This book is a supplement to an earlier publication by the author–The Upper Canadian Anglican Tory Mind, A Cultural Fragment (2018)–that reconstructed the ideas, beliefs, and principles of the Upper Canadian Anglican Tories with respect to the British constitution, religion and education, and their Christian worldview.... An underlying assumption ... was that 'ideas influence actions’, and that a reconstruction of the Tory mind would permit historians to attain a better understanding of the reason why the Upper Canadian Tories took the particular positions that they did on the major political issues of their day.

The present book carries forward the concept that ‘ideas influence actions’. It does so through an examination of the response of the Anglican Tories to several major public issues of their day, and through setting forth an explanation for their actions in keeping with the tenets of their political philosophy: viz. the principles, values, beliefs and worldview of the Anglican Tory mind. The chapters of the book focus on the critical years, 1812-1840, when the Anglican Tories were defending the cultural values and institutions of the Loyalist asylum of Upper Canada, and were engaged in a veritable struggle for survival against an external threat posed by the imperialism of the United States and its democratic republican ideology, and an internal political threat posed by democratic radicals and evangelical sectariansespousing American political ideas and religious beliefs. In that struggle, the Anglican Tories strove to ensure the sustainability of their traditional Church-State polity through the maintenance of the balanced British Constitution, the extension of the ministrations of the established Church of England, and the teaching of the youth of the province in a ‘national system’ of education under the direction of the Established Church....

Secondarily, this book analyzes the ideas and character of the politicized ‘outgroups’ who were assailing the Tory establishment from within the province, and the threat posed externally–both militarily and ideologically--by the new American democratic republic on the borders of Upper Canada. In doing so, this study yields a deeper understanding of the ideological struggle, a veritable ‘battle of ideas’, in which the Anglican Tories were engaged in Upper Canada following the close of the War of 1812.