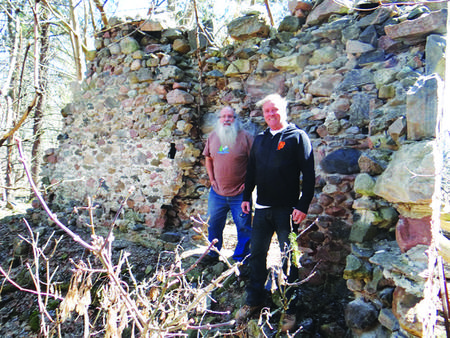 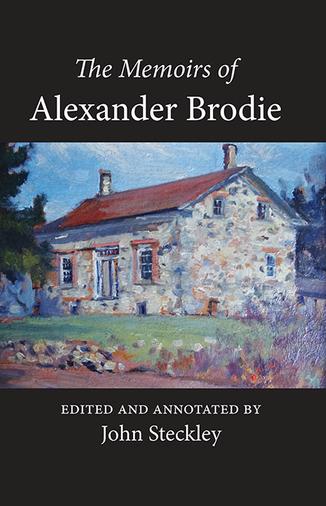 THE MEMOIRS OF ALEXANDER BRODIE

Edited and annotated by John Steckley

Alexander Brodie emigrated from Scotland to what was then the British colony of Upper Canada—now Ontario—in the 1830s. In this fascinating memoir, written in the early years of the 20th century, Brodie describes life on what was still very much the frontier. Among the subjects described by Brodie are the Rebellion of 1837, making maple syrup in the bush, “Indian” raids, and, of course, the transatlantic crossing to Canada.

John Steckley, anthropologist, sociologist, and author of numerous books, has carefully edited and annotated his great-great-great-uncle’s original manuscript. The result is a fascinating look at early Ontario—a era less than two centuries in the past, yet in many ways an altogether different world from our own.

Editor John Steckley (left) next to the stone walls of the Brodie house -- all the remains after a fire in the 1930s destroyed the house portrayed on the cover of the book.