"Your reward in reading this intriguing book will be what you will inevitably find to be new, surprising and important." --Michael Adams, author of Fire and Ice

This fascinating new book explores Canada's progress in dealing with a number of pressing social problems, including ethnic, racial, gender and economic inequalities, the treatment of Indigenous peoples, crime and violence, and environmental issues. The authors compare Canada to sixteen other similar countries, including the United States, United Kingdom, France, Germany, and the Scandinavian countries. They note that while Canada has done well in certain areas---including welcoming large numbers of immigrants and encouraging them to become productive and engaged members of Canadian society---the country has much to learn from its peers in addressing other challenges. In concluding, Tepperman and Finnsdottir consider the significant differences among Canada's provinces and territories in dealing with social problems, and suggest ways in which Canada could better deal with social issues and further improve what for most of its citizens is an already enviable quality of life.

"Canadians cannot help but compare their country to the United States, ever since our founding in 1867 just after the American Civil War and, more recently, with the presidency of Donald Trump from 2017 to 2021. [The authors] widen the lens to put Canada not just in the context of the USA but fifteen other comparator countries. Their data-driven analysis will confirm many of your hypotheses but your reward in reading this intriguing new book will be what you inevitably find to be new, surprising and important." --Michael Adams

"Social problems may seem intractable---unless we see them as states of affairs that cary and can be made better or worse. An original attempt to grapple with this proposition, Canada's Place: A Global Perspective blends global and topical reach with analytical and empirical depth. Sweeping away stereotypes, its keen attention to the complexity of social relations builds naturally toward the conclusion that changes for the better must involve trade-offs, but neither complacency nor surrender are justified." --Jack Veugelers, professor of sociology, University of Toronto and author of Empire's Legacy

EBOOK AVAILABLE AT CEI AND ON AMAZON 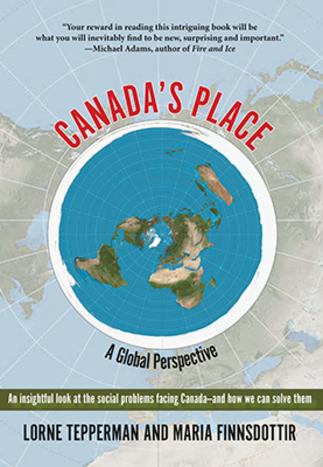