In this exciting new book, noted cultural scholar D. Paul Schafer tackles the subject of Canadian creativity in every field of human endeavour, from the arts and entertainment through transportation, communications and industry to science, technology and sports.

The result is a lively and fascinating look at the many ways Canadians have helped shape the modern world -- some of them well-known, some hidden in the mists of history. Schafer traces Canadian creativity from its origins in the cultures of the indigenous peoples, who responded to the challenges of settling North America in the aftermath of the last ice age by developing innovative approaches to transportation, clothing, food and shelter. Many of these innovations were taken up by European settlers, who also applied technologies first developed in Europe and Asia to the colonization of the New World.

The author considers creative inventions big and small -- everything from the Robertson screw to the International Space Station's Canadarm -- and also discusses in detail the many creative contributions made by Canadians to the arts, sports, science and medicine.

As Schafer notes, Canadian creativity has been the foundation of both Canada's high standard of living and much admired quality of life. In the years ahead, Canadian creativity can serve as a model and inspiration for other nations, and as the principal means of ensuring Canada's future is as bright as its past.

SOME OF THE ACCOMPLISHMENTS PROFILED IN

This detail from a painting by Paul Kane highlights two of the remarkably creative inventions of Canada's First Nations peoples that helped them settle much of a continent -- the teepee and the canoe. As the author notes, "Canada's creative base set early." (Credit: LAC) 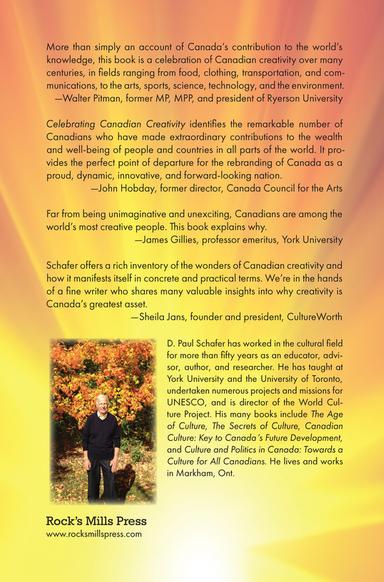 I was walking in the forests of York Region one day when I met a fellow Canadian out with his dogs. After we exchanged the usual pleasantries, my fellow walker asked me about my work. I said I had been working for many years on a book on Canadian creativity. He stopped dead in his tracks and exclaimed, “You mean Cana­dians are creative!”

My response shocked him even more. “Not only are Canadians crea­tive,” I replied, “but they have manifested an incredible amount of creativity over the centuries.” He said he found this difficult to believe. Canadians are so conventional, so conservative. He could understand someone describing Americans as creative because they are dynamic, aggressive risk-takers. But Canadians? Surely there must be some mistake.

—There is no mistake. The evidence confirms—and confirms con­vincingly—that Canadians are a highly creative people, and have been from the beginning of their history to the present day.

FROM CHAPTER ONE OF CELEBRATING CANADIAN CREATIVITY 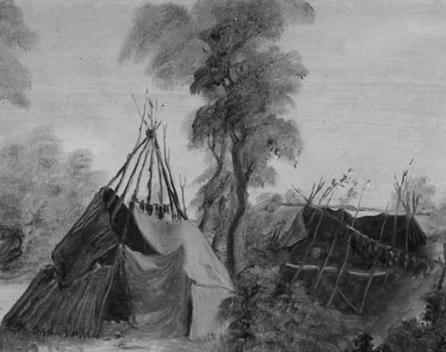 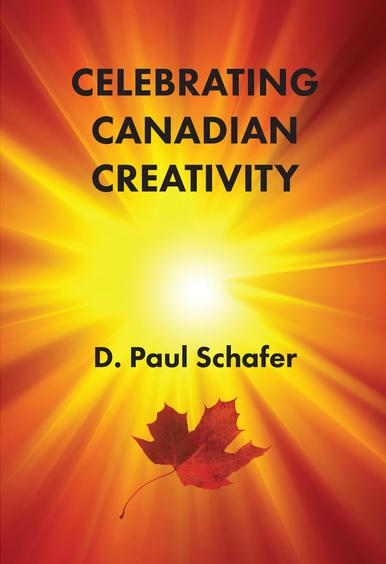