D. Paul Schafer has worked in the cultural field for more than four decades as an educator, advisor, administrator, and researcher. He was Assistant Director of the Ontario Arts Council from 1967 to 1970, a founder and Director of York University's Programme in Arts and Media Administration from 1970 to 1974, and Coordinator of the Cooperative Programme in Arts Administration and the Cooperative Programme in International Development at the University of Toronto from 1984 to 1990. He has taught arts administration and cultural policy at York University and the University of Toronto, executed a number of projects for Canada's Department of External Affairs, and undertaken several advisory missions for UNESCO to different parts of the world. He was originally trained as an economist, and taught economics at Dalhousie University and Acadia University before entering the cultural field, specializing in international development, principles of economics, and the history of economic thought.

Earlier works include Revolution or Renaissance: Making the Transition from an Economic Age to a Cultural Age (University of Ottawa Press); Culture: Beacon of the Future (Greenwood Publishing); Aspects of Canadian Cultural Policy (UNESCO); Culture and Politics in Canada: Towards a Culture for All Canadians (World Culture Project); Review of Federal Policies for the Arts in Canada: 1944-1988 (in conjunction with André Fortier; Canadian Conference of the Arts); A New System of Politics: Government, Governance, and Political Decision-making in the Twenty-first Century (World Futures: The Journal of General Evolution); Culture and Customs of Canada (Greenwood Publishing Group, World Cultures Today Online); and Arguments for the Arts (Arts Scarborough). Revolution or Renaissance was translated into Chinese and published by the Social Sciences Academic Press in China in 2006; the Press also translated and published his earlier work Culture: Beacon of the Future in 2008.

Will This Be Canada's Century?

In this thought-provoking book, D. Paul Schafer makes the case that Canada possesses the potential to play a crucial role in the world. After taking stock of the country’s history, geography, and two of its greatest assets–creativity and diversity–he sets his sights on the rapidly-changing global and Canadian landscape. Schafer contends that by applying a cultural and chronological approach to Canadian development and focusing attention on the public sector and the responsibilities of governments and especially the federal government, it will be possible to achieve sustainable development, improve the well-being of Canadians and people in other parts of the world, and realize Wilfrid Laurier’s famous prediction that a century will “belong to Canada”—albeit the twenty-first century rather than the twentieth. Schafer ends the book with a rallying cry for all Canadians—“It’s time to lead!”

"D. Paul Schafer is a determined and enthusiastic advocate for Canada. He has dedicated his professional life to the study of culture, and once again wades into, no, dives into the deep waters of culture undeterred by its complexity. In the process he informs and reminds us what culture is, and in particular, Canadian culture. Drawing on the historical base for Canadian culture Schafer emphasizes how the past contributions by individuals, inventions, and events were informed by creativity and diversity, and by people with vision. These attributes are essential elements for a future livable, sustainable world. A common occurrence while reading is, 'Oh, I have forgotten about that' or 'I didn’t know that.' The underlying theme that provides direction for Schafer is equity and justice. He questions and takes clear pointed opposition to policies and practices that are counterproductive to this end, while describing and promoting the alternatives that do. In the presence of current geopolitical dysfunction, the inclination to dystopian thought, and of seemingly intractable challenges, Schafer offers an analysis that generates optimism based on Canada’s accomplishments to date. Canada has done well, but there is work to be done. His lengthy wish list charts a course for humanity with Canada playing an exemplary role. In so doing, Canada can enhance the lives of its citizens and continue to be a leader helping to make the world a better place for all." -- William Thachuk 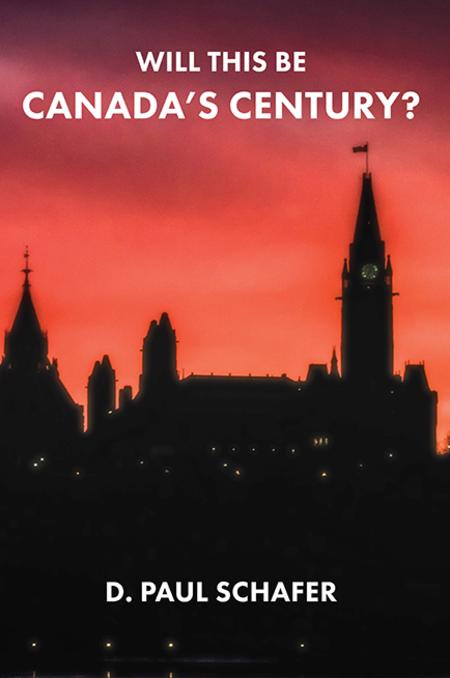