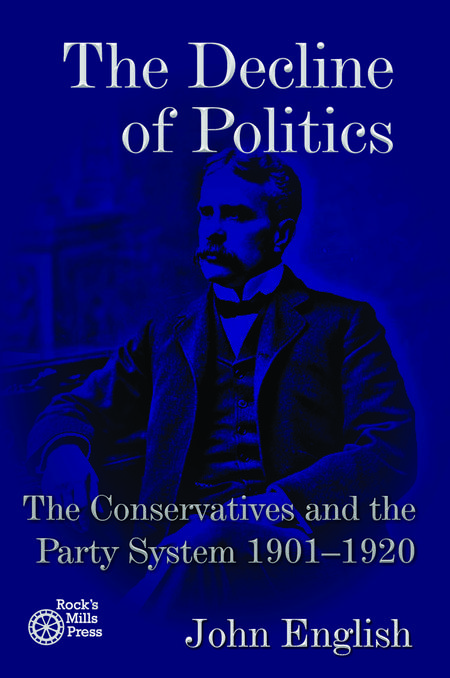 THE DECLINE OF POLITICS

"John English's Decline of Politics explores one of the great turning points in Canadian history, illuminating the realities that shape and govern the country's political life. A brilliant analysis of the events that transformed the nation's politics a century ago and set the stage for subsequent decades of Liberal dominance, the book remains as lively and fresh as when it was first written." --R. Kenneth Carty, University of British Columbia

First published in 1977, The Decline of Politics became a seminal work of Canadian political history. This new edition has been corrected, newly typeset, and opens with a new introduction by the author. Prof. English takes a lively and insightful look at the first two decades of the twentieth century that laid the groundwork for the long period of Liberal rule that continued with only a few interruptions for the balance of the century.

"An excellent study which combines a thorough knowledge of Canadian political history, deep research in manuscript sources, and the ability to use theoretical insights from social science." --Foreign Affairs