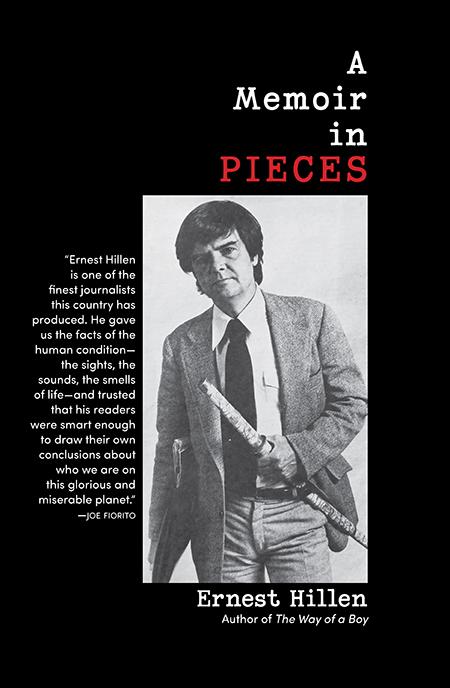 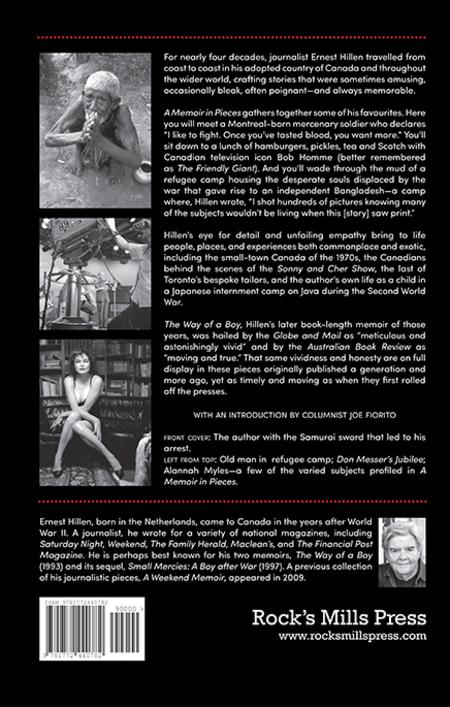 A MEMOIR IN PIECES

For nearly four decades, journalist Ernest Hillen travelled from coast to coast in his adopted country of Canada and throughout the wider world, crafting stories that were sometimes amusing, occasionally bleak, often poignant—and always memorable.

A Memoir in Pieces gathers together some of his favourites. Here you will meet a Montreal-born mercenary soldier who declares “I like to fight. Once you’ve tasted blood, you want more.” You’ll sit down to a lunch of hamburgers, pickles, tea and Scotch with Canadian television icon Bob Homme (better remembered as The Friendly Giant). And you’ll wade through the mud of a refugee camp housing the desperate souls displaced by the war that gave rise to an independent Bangladesh—a camp where, Hillen wrote, “I shot hundreds of pictures knowing many of the subjects wouldn’t be living when this [story] saw print.”

Hillen’s eye for detail and unfailing empathy bring to life people, places, and experiences both commonplace and exotic, including the small-town Canada of the 1970s, the Canadians behind the scenes of the Sonny and Cher Show, the last of Toronto’s bespoke tailors, and the author’s own life as a child in a Japanese internment camp on Java during the Second World War.

The Way of a Boy, Hillen’s later book-length memoir of those years, was hailed by the Globe and Mail as “meticulous and astonishingly vivid” and by the Australian Book Review as “moving and true.” That same vividness and honesty are on full display in these pieces originally published a generation and more ago, yet as timely and moving as when they first rolled off the presses.

About the Author: Ernest Hillen, born in the Netherlands, came to Canada in the years after World War II. A journalist, he wrote for a variety of national magazines, including Saturday Night, Weekend, The Family Herald, Maclean’s, and The Financial Post Magazine. He is perhaps best known for his two memoirs, The Way of a Boy (1993) and its sequel, Small Mercies: A Boy after War (1997). A previous collection of his journalistic pieces, A Weekend Memoir, appeared in 2009.