Live with no excuses and travel with no regrets.


Improbable Journeys is the remarkable story of a life lived in keeping with Wilde’s precept—the life of physician and teacher Bernard Binns. As Binns’ friend Tony Brown said after reading this memoir: “You have led a fantastically interesting life, with a geographical journey like no other—from the Falklands and Kerala, to Srinagar and Kashgar, Suez and Gibraltar, Worksop, London and Oxford, Nigeria and Uganda, Winnipeg and the Arctic, San Francisco and Vancouver Island, and finally to your beloved Whakatane in New Zealand. You present your story as an education in itself. So many of your descriptions, perhaps in particular of ways of life in Canada, are so interesting to read, always with the knowledge that this is a real story.”

Born in the Falkland Islands during his father’s posting there with the Colonial Service, Binns would move with his family on subsequent postings first to India and then to Chinese Turkestan, the latter reached only after an arduous trek through the Himalayas. After the Second World War, he returned to Britain, enrolling in medical school at the University of London after completing high school. Later, Binns specialized in obstetrics and gynaecology at Oxford. Upon completing his training he worked in Uganda, just as Idi Amin was rising to power. Following a stint back in England he moved to Winnipeg with his wife Elaine (also a physician) and children, where he practiced obstetrics and gynaecology.

Displeased with changes in medical administration, he returned to university in San Francisco, qualifying in infectious diseases just as the AIDS epidemic hit. His later career included a decade teaching at the University of Manitoba and working trips to the Canadian Arctic, where he learned firsthand of the medical and social challenges facing the Inuit.

Improbable Journeys—part travelogue, part medical memoir—paints a remarkable portrait of people and places as well as answering the timeless question of what makes for a successful healer.

After a disruptive childhood and early schooling in India and Chinese Turkestan, Dr. Bernard A.O. Binns graduated from Guy’s Hospital Medical School in London, specializing in Obstetrics and Gynaecology before practicing in the UK, Uganda, Canada and New Zealand. Following a long and distinguished career, he added infectious diseases to his résumé and worked as an assistant professor in the Medical School at the University of Manitoba, Canada. He now lives with his wife, also a physician, in Nanoose Bay, B.C. and Whakatane, New Zealand.

Ron Smith is the author and editor of several books. His most recent book, The Defiant Mind: Living Inside a Stroke, was long-listed for the George Ryga Prize and won the Independent Publishers IPPY gold medal for memoir. For close to forty years he taught at universities in Canada, Italy, the States and the UK. In 2002 he received an honorary doctorate from the University of British Columbia and in 2005 he was the inaugural Fulbright Chair in Creative Writing at Arizona State University. In 2011 he was awarded the Gray Campbell Award for distinguished service to the British Columbia publishing industry. He now lives with his wife, Patricia Jean Smith, also a writer, in Nanoose Bay, B.C. 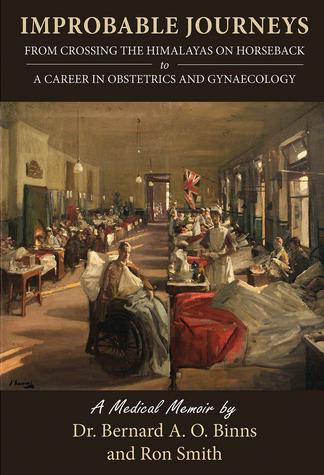