Recent history has witnessed what might be called a populist revolt, including the election of Donald Trump and the Brexit vote. These political moments reect the alienation of large numbers of people, who feel left behind economically. How did we get here? And to what extent are Canadians "locked" into a given path? Award-winning academic Stephen McBride, whose expertise spans economics, policy, globalization, and labour studies, is an expansive thinker and a clear writer. McBride considers some relevant history since World War II: the changing winds of political thought; the institutional contours of employment policy; and the interconnection between the social and the economic as it inuences our thinking about work. He sketches out the evolution of Canadian employment policy since the 1970s. Drawing on the latest and most reliable data, McBride then considers topics such as education and training, the importation of labour, employment regulations and benets, and the decline of unions. In a brilliant and provocative summary, McBride returns to his original question: is "here" where we are stuck? McBride is not convinced that we need to remain passive, allowing workers' security to be further eroded. He describes some polity alternatives that would enable the prioritization of national obligations to citizens over international obligations to capital.

"There's nothing more important for building a strong economy, and a strong society, than providing every willing person with productive, secure, and fair work. In no other single book can a reader learn so much about work, what's wrong with it, and how to fix it. Immensely readable and ultimately optimistic."

"An engaging and accessible text, rich in evidence-based arguments for restoring employment to the centre of politics and public policy." 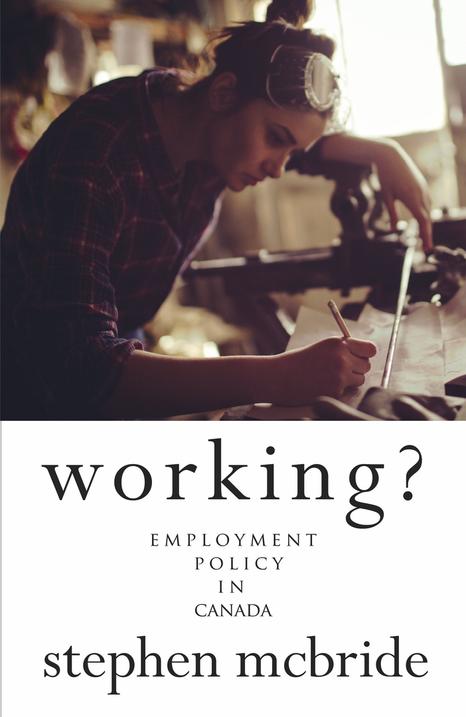