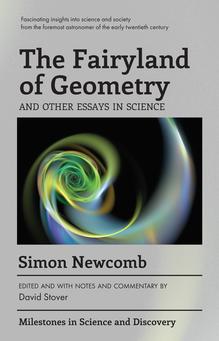 The Fairlyland of Geometry and Other Essays in Science

Edited and with an introduction by David Stover

Simon Newcomb rose from poverty to become one of the most distinguished and widely known scientists of the late 19th century. He was also one of the most accomplished science popularizers of his day, writing on everything from the canals of Mars to the geometry of hyperspace.

This new collection of his most enduring work is designed to introduce Newcomb to a new generation — indeed, century — of readers. Among  the pieces included are his famous essay on the impossibility of heavier-than-air flight, which remains a compelling example of the pitfalls of technological prognostication; “The Fairyland of Geometry,” an introduction to non-Euclidean geometry, then in its infancy; overviews of the state of astronomical knowledge at the start of the 20th century, including a surprisingly modern look at “Life in the Universe”; and the results of his investigations into parapsychology. An overview of Newcomb’s career and an afterword placing the essays in the context of scientific advances since Newcomb’s time round out the volume.

The frontiers of science may have moved on since Newcomb set down his pen for the last time, but the spirit of discovery embodied in these essays remains fresh.

ABOUT THE AUTHOR:  Simon Newcomb was perhaps America's most  distinguished scientist at the start of the twentieth century as well as a prolific and accomplished writer.

He was born in Nova Scotia but moved to America as a young man. From an early age he had shown mathematical ability far beyond his years, and it was after moving to the U.S. that he settled on science as his life’s work. Joseph Henry, director of the Smithsonian Institution, helped Newcomb secure a job at the U.S. Navy’s Nautical Almanac Office. At the same time Newcomb earned a bachelor of science degree from Harvard’s Lawrence Scientific School.

Work on the orbital dynamics of the asteroids first earned Newcomb widespread recognition in the astronomical community. His calculations showed that the observed orbits of the asteroids were incompatible with the theory they were the remnants of one original planet that had somehow broken apart. In 1861, Newcomb became professor of mathematics at the Naval Observatory. Later positions included that of superintendent of the Almanac Office, professor at Johns Hopkins, and presidencies of several academic and scientific organizations.

Newcomb retired from the Observatory in 1897 but remained active until his death in 1909. The final decade of his life was his most prolific as a writer but he also continued to work intensively on the scientific problem that had engaged him throughout his career: more accurately calculating the motions of the planets and, especially, those of the moon. The results derived from his calculations remained standard until the advent of the Space Age.

Astronomy boasts a long tradition of prominent practitioners who were also first-rate popularizers of the discipline, but Newcomb’s combination of first-rate research with a wide popular presence was probably not rivalled until Carl Sagan’s rise to fame in the 1970s. Newcomb's articles on science were regular fixtures in such magazines as Harper’s, McClure’s, and Popular Science Monthly, and his 1902 book Astronomy for Everybody, based on previously published magazine pieces, sold more than 50,000 copies.  Nor did Newcomb restrict his writing to astronomy and mathematics. He held strong views on economics and published nearly four dozen books and articles in the field. He also wrote on occultism, politics, technology, invention, and penned three science-fiction stories, including a full-length novel. Late in life he also published his autobiography, Reminiscences of an Astronomer (1903).

Hundreds of compellingly readable works of popular science have been written and published over the past 150 years. Science marches on but these works, many written by giants of research and popularization, still have much to say to modern readers.

The mission of Milestones in Science and Discovery is to bring these works back into print in handsome new print and e-book editions, complete with introductory materials and commentary that place these classic books in a contemporary context. 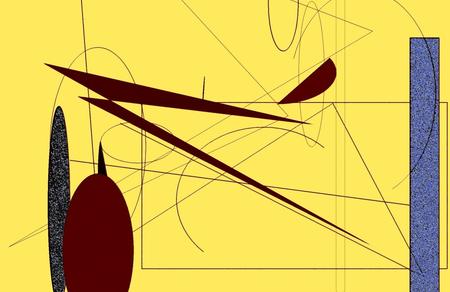 MILESTONES IN SCIENCE AND DISCOVERY