In the Plague Year is a book about living through the Covid-19 pandemic, when a coronavirus and its variants swept around the globe. In a remarkable suite of poems, William New reveals how, from March 2020 to March 2021, people coped with the threat. This is a book about love and death, laughter and loss, the price of isolation, and the cost of staying alive.

This pandemic was no minor unease, and this book is no workaday diary: it's a powerful record of people's lives as a new pandemic vocabulary became the idiom of the day. In these poems, people prove to be both dismissive and empathetic; officials react both creatively and slowly; institutions adapt or fail; not everyone survives.

Other writers have recorded the impact of plague on human history---think of Daniel Defoe's Journal of the Plague Year, or Samuel Pepys's account of the Black Death in London, or Albert Camus' tale of cholera in The Plague: 'But what does it mean, the plague? It's life after all.'

In the Plague Year contrasts those who (in Camus's terms) see pestilence as 'a bogey of the mind' and those who see that 'there are sick people and they need curing.' New's poems are fresh, witty, serious, and sensitive―a powerful personal documentary that testifies to the strength of community.

William New was born in 1938 in Vancouver, British Columbia, the city where he currently lives. A graduate of the University of British Columbia and the University of Leeds, and a prize-winning teacher and writer, he was awarded the Royal Society of Canada's Lorne Pierce Medal in 2004, and for his services to creative and critical writing he was named an Officer of the Order of Canada in 2006.His books of history and literary commentary range from Articulating West (1972) to Land Sliding (1997), A History of Canadian Literature (2nd ed., 2003), and several studies of poetry, the short story, irony, and postcolonial narrative, as in Dreams of Speech and Violence (1987) and Reading Mansfield and Metaphors of Form (1999). Editor of the Encyclopedia of Literature in Canada (2002), he has also studied how the personal and the local affect political attitudes, as in Borderlands (1998) and Grandchild of Empire (2003).William New's creative works include five books for children, from Vanilla Gorilla 1998) to the internationally honoured The Year I Was Grounded (2008); and his poetry collections range from Science Lessons (1996) to Underwood Log (2004, shortlisted for the Governor General's Award), YVR (2011, winner of the City of Vancouver Award), and New & Selected Poems (2015).

Also available on Amazon and from 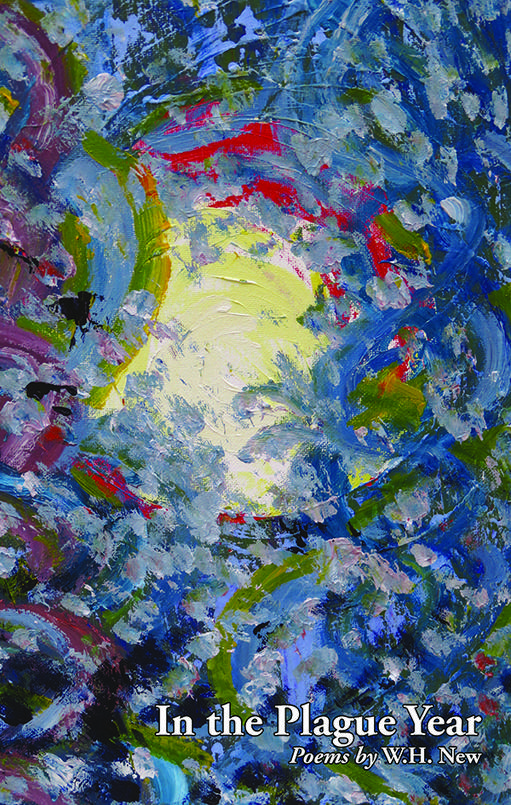