Foreword to the New Edition by John Turley-Ewart

“A must for students and chief executives alike.” —Canadian Business Review

“This book contains moments of priceless insight into the Canadian identity. It is the most surprising and possibly the most important book on Canadian history published this year.” —Kingston Whig-Standard Magazine

First published three decades ago, Northern Enterprise: Five Centuries of Canadian Business remains the only comprehensive history of business in Canada, beginning with the earliest European fishermen of the late fifteenth century and concluding with the dawn of the era of free trade in the 1980s. Grounded in meticulous scholarship yet highly readable, Northern Enterprise includes both accounts of well-known and celebrated events like the building of the transcontinental railway and lesser-known stories such as the rise and fall of Massey-Ferguson, one of the first Canadian enterprises to play a major role on the international stage. Professor Bliss also considers the many political influences on Canadian business, including recurring debates over free trade and worries over the outsized influence of the United States.

Winner of the National Business Book Award for its “outstanding contribution to the written history of Canada,” Northern Enterprise is now reprinted in this one-volume paperback edition, featuring a new introduction by John Turley-Ewart, a noted journalist and business leader, who carried out his doctoral studies at the University of Toronto under Michael Bliss’s supervision. 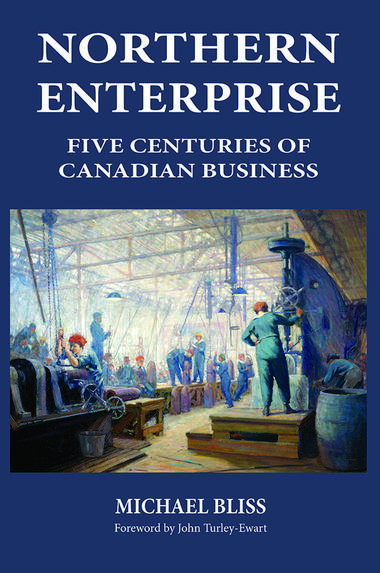