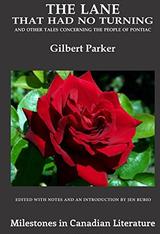 New notes explain the historical context behind this collection of highly readable stories about Quebec during the years following 1763, when Britain took possession of French Canada after defeating France in the Seven Years War …

New notes provide key historical context to this collection of short stories exploring Quebec’s political, military, and social past, as well as its troubled relationship with English-speaking Canada (then Upper Canada) in the years following the British defeat of France in 1763. While Parker’s depiction of French-Canadian social mores are exaggerated and sometimes less than historically accurate—the stories were published originally in mass circulation magazines in the United States and Britain—the stories are well-written and show a little-known side of Canadian literary history. Parker’s work is very much in the fin-de-siècle Gothic tradition, in the genre of Bram Stoker’s Dracula (1897) and Henry James’ The Turn of the Screw (1898). Indeed, the stories are at times downright weird, with dark intrigue, degenerate hearts, tortured souls, and desperate violence. Modern critics have wrestled with them, attempted to dismiss them, but they still remain a curious, haunting moment in Canada’s literary canon.

About the Author: Gilbert Parker (1862 –1932) was born in Ontario, educated in Ottawa and Toronto, and travelled extensively as a young man across the British Empire. At age 40 he was knighted by King Edward for his service to Canadian literature. He also played a key role as a propagandist in World War I, writing about the “British side” in the New York Times and elsewhere.

THE LANE THAT HAD NO TURNING
Gilbert Parker

​Introduction and Notes by Jen Rubio