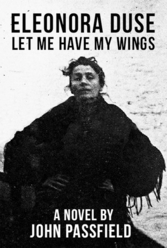 Southwestern Ontario author John Passfield has embarked on a project to explore the concepts of form and meaning in the novel, as well as the place of the novel as a form of expression in the 21st century. The books below are recent entries in that project. All of the accompanying journals and notebooks are available for free download on the author's website at www.johnpassfield.ca. 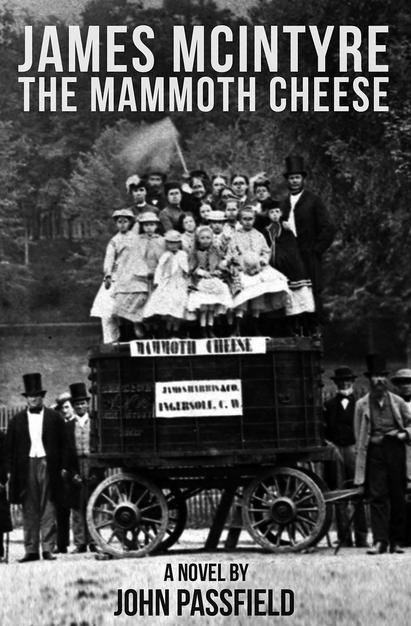 From the author of John Passfield: Saturday Morning, shortlisted for the ReLit Awards in the novel category, 2022

With the contribution of eight hundred cows, the tiny village of Ingersoll, Ontario, has not only produced the world's largest block of cheese, it has also nurtured the epic poet who can rapturously sing its praises. Now, if only Queen Victoria can be persuaded to take a hearty bite and add her majestic voice to the poet's ecstatic hymns of praise, the Mammoth Cheese will become the edible jewel in the crown of the globe-girdling British Empire.

James McIntyre (1828-1906) won fame as the "Cheese Poet" of Ingersoll, Ontario, although his verse dealt with many other subjects as well. His best-known poem, "Ode on the Mammoth Cheese Weighing Over 7,000 Pounds," celebrated an actual (and immense) block of cheese produced in the town in 1866. Drawing on the legacy of McIntyre's poetry and the scanty biographical details still extant, novelist John Passfield creates a moving portrait of a man whose artistic ambitions perhaps outstripped his abilities, and the small 19th-century town that was his home. As the author notes, "One wonders whether McIntyre was not wiser than the cheese poems seem to suggest."

Eleonora Duse: Let Me Have My Wings

Eleonora Duse spends her whole career producing, directing and acting in the great female roles of the theatrical repertoire. She claims that when she is not on stage, she does not exist. A poet publishes a novel in which an aging actress's only role is to be a young poet's muse. The publication of the novel is a crisis for La Duse as the fictional portrait of a pathetic, clinging female threatens to fill the void and become her personal myth in the public mind. But her greatest fear is that the imagery of the poet's book will alter the way she thinks of herself.