Poetry of the First World War

Edited and with an introduction by Alan Bishop

Who has heard of Henry Smalley Sarson? His name does not appear in standard histories and critical assessments of Canadian poetry; and it is doubtful whether a single copy of From Field and Hospital, his slim volume of poetry published in December 1916, could be located anywhere in Canada. Yet Sarson’s war poetry has been praised by the critic D.S.R. Welland in his study of Wilfred Owen, the great British poet of the First World War, for achieving “objective realism” in “The Village” and other poems. Indeed, the best of Sarson’s war-poems are undoubtedly among the finest written by a Canadian, and should be widely known. --From the introduction by Alan Bishop

Long out of print, the poetry of Henry Smalley Sarson has languished in obscurity for more than a century. Sarson, the scion of a prominent British vinegar-making family, had emigrated to Canada at age 22, taking up a variety of jobs, including working on a ranch and breaking in horses for the RCMP. When war broke out in Europe in 1914, he immediately enlisted, reaching the front nine months later as a private in the Canadian Expeditionary Force. During his service, Sarson used his literary and dramatic talents to write skits for performance by his regiment as well as poems, some of which were published in military magazines. After being gassed during the Battle of Ypres—so severely he suffered the after-effects for the remainder of his life—he continued to write poetry. Discharged from the Army as an invalid in 1916, Sarson never returned to Canada. He published two collections of his poems, From Field and Hospital (1916) and A Reliquary of War (1937). Henry Smalley Sarson died in 1967.

The present volume, edited by Alan Bishop, professor emeritus of literature at McMaster University in Hamilton, Ontario, brings together the best of Sarson’s poetry, drawing both on archival research and correspondence and a meeting with Sarson’s son Desmond. Reliquary sheds new light both on the life and career of an undeservedly forgotten poet as well as on the First World War, the consequences of which continue to shape our modern world.

US & Other International Orders 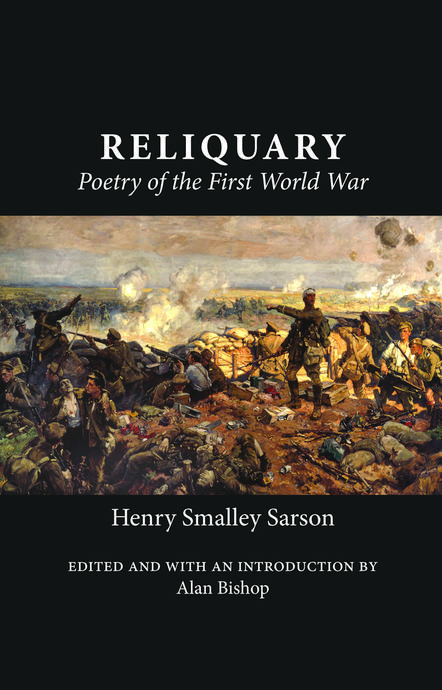