INEQUALITY AND THE FUTURE

on the Future of Canadian Society

S.D. Clark, the ­first chair of the Department of Sociology at the University of Toronto, was one of Canada’s leading sociologists in the middle years of the twentieth century. During the ­ first three decades of his career he analyzed the transformation of successive Canadian frontiers from socially disorganized settlements into organized societies. He then conducted research on how economic change in Canada resulted in inequality as reflected in patterns of residential segrega­tion. The New Urban Poor was the title of Clark’s last book, published nearly 40 years ago. The First S.D. Clark Symposium on the Future of Canadian Society, held in October 2015, picked up where Clark left off by focusing on income inequality—and its implications for tax and gender policy. This volume, edited by Robert Brym, contains the revised proceedings of the symposium. Contributors include Robert Andersen on policies to promote low income inequality and high levels of prosperity; Lars Osberg on how much tax rates on the “1 percent” can be raised; Ito Peng on the ways in which welfare state policy contributes to gender equality and inequality; and Gor­don Cleveland on the role of early childhood education and care in an equality agenda. John Myles and Emily Laxer reflect on the papers, while Robert Brym’s introduction provides an over­view of the subject. The result is a thought-provoking discussion of one of the key social issues of our time. 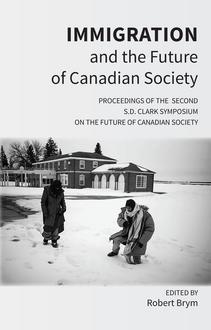 Downloadable Order Form for Multiple Copies of All Four Titles 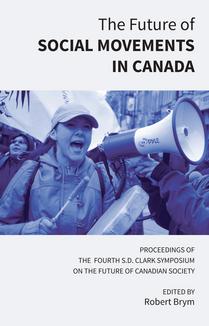 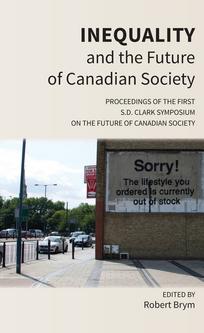 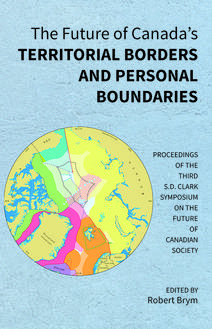 PROCEEDING OF THE S.D. CLARK SYMPOSIUM

IMMIGRATION AND THE FUTURE OF CANADIAN SOCIETY

“A spectre is haunting Europe and the United States—the spectre of immigration.” So begins Robert Brym’s introduction to the second volume of proceedings of the annual S.D. Clark Symposium. Contributors Richard Alba, Jeffrey G. Reitz, Naomi Lightman, Monica Boyd, Patricia Landolt, and Salina Abji consider the social and political effects and implications of immigration, both from a comparative perspective and with a specific focus on the Canadian experience in the early years of the twenty-first century. The result is a thought-provoking examination of one of the most important issues of our time.

THE FUTURE OF SOCIAL MOVEMENTS IN CANADA

“How can stable, effective social movement organizations be created when, as Marx and Engels put it, ‘all that is solid melts’?” That, says editor Robert Brym in his introduction to the fourth volume of proceedings of the annual S.D. Clark Symposium, is the crucial question facing social movements and their organizers in today’s fluid digital age. Contributors Howard Ramos, Lesley J. Wood, Catherine Corrigall-Brown, Tina Fetner, and Anna Slavina, as well as Brym himself, consider the many facets of mass dissent in the twenty-first century, including movement/
counter-movement dynamics in the post-Trump era, the ways that modern
activists mobilize in difficult contexts, and the ongoing relevance of social
movements. The divergent trajectories of the religious right in Canada and
the United States are also examined, while the book’s final chapter argues
for a deeper consideration of cross-national differences.

THE FUTURE OF CANADA'S TERRITORIAL BORDERS AND PERSONAL BOUNDARIES

Canadian identity, governmentality, and security are affected by both the permeability and the strengthening of national borders and personal boundaries. In this symposium, leading figures in the study of borders and boundaries—sociologists, political scientists, and geographers—analyze and debate the contested Arctic, the securitization of the Canada/U.S. border, and the Internet’s threat to personal sovereignty. Contributors include John Hannigan, Ronald J. Deibert, Heather N. Nicol, Klaus Dodds, Louis W. Pauly, and Emily Gilbert.