From the review by Dr. George Simons at diversophy.com:

History and biography are important but often overlooked sources of cultural understanding.  What about autobiography, consciously written as an exploration of both culture and cultural processes in one’s life and work?  Voilà, Paul Schafer has done it!  Most timely, when intercultural research and practice, impacted by linguistics and neuropsychology, are shifting toward a more holistic view of human nature and society, the story, our story, and our stories have become front stage.

Click below to access a PDF file of the references for quotations in The Secrets of Culture.

D. Paul Schafer has worked in the cultural field for five decades as an author, advisor, educator, and researcher. He has taught at York University and the University of Toronto, undertaken a number of missions for UNESCO, and is director of the World Culture Project. His previous books include Culture: Beacon of the Future (1998), Revolution or Renaissance: Making the Transition from an Economic Age to a Cultural Age (2008), and The Age of Culture (2014). He lives and works in Markham, Ontario.

Orders placed through our website are non-refundable and non-returnable. A shipping and handling fee will be added. For bulk orders, go to our Contact Us page.

4. Embarking on a New Career Path

5. Striking Out on My Own

6. Coming to Grips with Culture

7. Writing about Culture and Cultures

8. A New Beacon for the Future

11. Flourishing of a Cultural Age

What People Are Saying About The Secrets of Culture

the SECRETS of culture

Humanity’s future depends on the adoption of culture as the central organizing principle of society.

Decades of investigation, reflection and research have led cultural scholar Paul Schafer to this conclusion. Originally trained as an economist, Schafer came to realize that, despite all its benefits, the current “economic age” must soon give way to a new “age of culture” that places the highest priority on people and the natural environment, rather than materialism and the marketplace.

The Secrets of Culture describes Schafer’s personal and professional journey toward this crucial conclusion. Beginning with a lively account of his education in the arts as a child, Schafer discusses his academic training as an economist and how he came to realize that economics, however important and influential it might be, was in itself insufficient to serve as the sole framework for society.

Schafer argues that culture as a concept, as well as individual cultures, must now become the centrepiece of human development if the substantial gains of the current economic age are not to be lost in environmental and civilizational collapse. Only if the focus is on the development of the potential of all the world’s cultures and peoples does humanity stand a chance of moving beyond its present Time of Troubles to a more fulfilling future.

The past several decades have seen the concept of culture achieve ever greater prominence throughout the world, culminating in “culture” being named Merriam-Webster’s “Word of the Year” in 2014 because of its importance in both public and private discourse. The Secrets of Culture paints a compelling portrait of the new world that awaits us, while also providing revealing insights into Canadian and global cultural policy and development as Schafer recounts his many and varied experiences as a teacher, writer, policymaker, and futurist. The result is a book that is not only enlightening but also entertaining and intriguing. 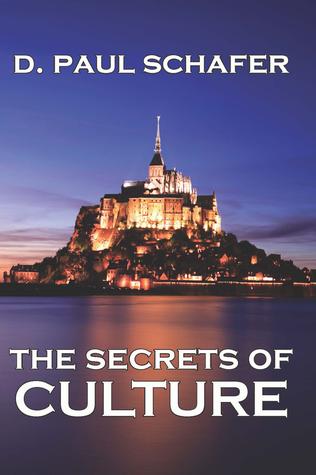