Two exceptional personalities interconnect in this short, captivating narrative. Jisbella Lyth’s story begins with a hair-raising adventure on her parents’ farm in a Hampshire village. She survives—as she later does a remarkable series of other life experiences—and her stories provide fascinating glimpses into a rapidly changing post-Victorian world. Among the most extraordinary of these life experiences are her encounters with a leading proponent of those changes, George Bernard Shaw.

In the summer of 1930 a retired soldier named Ambrose Lyth became postmaster of the remote and tiny village of Ayot St Lawrence in Hertfordshire, England. Six weeks after taking up the appointment he died, and his forty-six-year-old widow, Jisbella Georgina Lyth, became postmistress. One of the first villagers to offer condolences and support to Jisbella was Bernard Shaw, world-famous playwright and polemicist, winner of the 1925 Nobel Prize for Literature, and Ayot resident since 1906. Thus began a close business and personal relationship that endured until Shaw’s death in 1950. Soon after his death, an Irish writer named Romie Lambkin moved to Ayot. Fascinated not only by Jisbella’s accounts of Shaw, but also by her absorbing and often moving pre-Ayot experiences—in menial jobs in turn-of-the-century England; as a nanny and teacher in Hong Kong, the United States, and Canada; and during her sometime desperate search to find employment for herself and her ailing husband in England during the 1920s' depression—Romie wrote Jisbella’s life story. Rejected by publishers at the time, Jisbella’s memoir has now been published with Romie Lambkin’s original preface, and an introduction and extensive explanatory notes by Shaw scholar Leonard Conolly. The publication finally gives Jisbella Lyth her due, not just as a crucial mainstay to Shaw during his declining years, but also as a courageous, determined, independent, and entrepreneurial woman in her own right. She died in 1964 and is buried with her husband in Ayot St Lawrence. 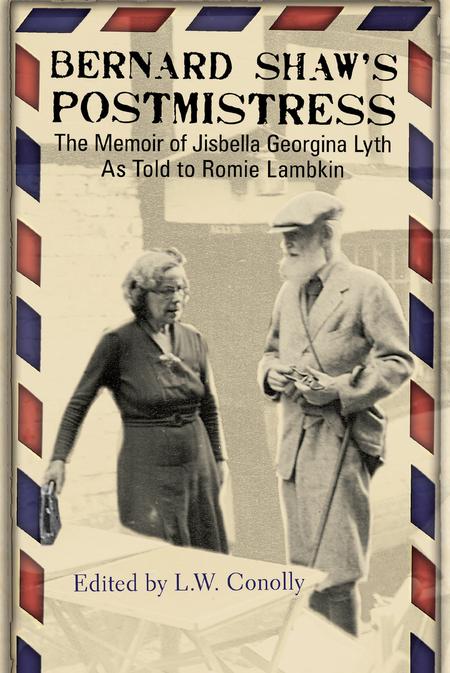