Its Consequences and Outcomes

An English Translation by

In the time of Mughal rule, in the land of Bhaaratvarsh (India), an oath is written on a copy of the Qur'an and then broken by the officers of the Emperor Aurangzeb. Guru Gobind Singh, the tenth Sikh Guru, fighting for the right to socio-religious equality, is duped by that very oath leading his family into an ambush, where he suffers the loss of all his sons, his mother and many of his men.

Rather than accept defeat, he rises like a phoenix, disregarding his own pain, and writes a scathing condemnation to Aurangzeb, in which he claims a moral victory for the Almighty. This is the story of a mortal man with an indomitable spirit who demonstrates an insatiable trust in God. Written in couplets, the poetic epistle Zafurnamah demonstrates the courage and faith of the tenth Guru of Khalas human beings, those who came to be known as the Khalsaa.

Dr. Harjeet Singh Gandhi was born in Jalandhar, Punjab. After graduating from medical college in Amritsar, he spent much of his early adulthood in the United Kingdom. He is an orthopaedic surgeon, currently living and working in Canada. He is married to Amrit Laure and they have two grown daughters, Danteʹ and India. Dr. Gandhi enjoys reading ancient Indian literature and Sikh history to connect with the world's variegated humanity. The present translation of Guru Gobind Singh Ji's Zafurnamah is his second book. The strength of his work lies in his ability to relate events in order to create a better understanding of human nature and the intellectual behaviour of Man, a social yet cruel animal. At present, he is working on the instructive philosophy of the Bhagavad Geetaa and trying to comprehend the instinctive mind of Guru Nanak Dev. 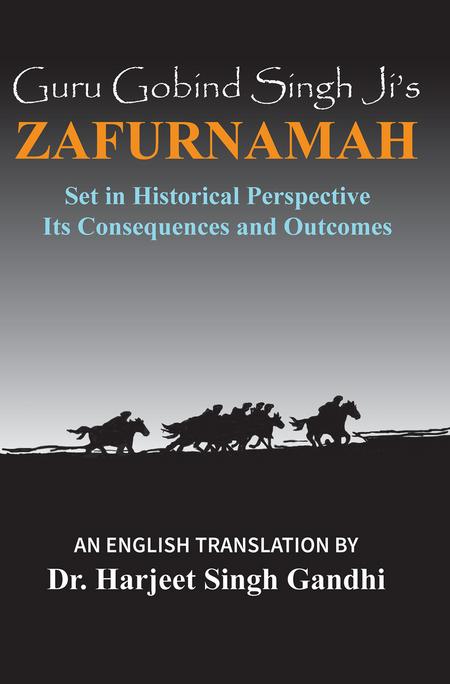